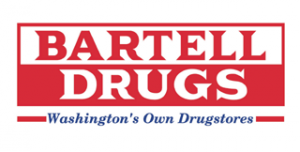 For a company that started out 118 years ago as a single-location pharmacy owned and run by an inexperienced 21-year old pharmacist from Kansas, Bartell Drugs has come a long way. Today, Bartell Drug Stores has 55 locations throughout Washington State and now sell a lot more than just your usual pharmacy fare.

Bartell has not only kept pace with the existing drug store chain trends to stock everything from pharmaceuticals, photographic equipment to groceries, but they have always – and will continue to – place a heavy emphasis on customer satisfaction and service. They consistently design their business plans and technology solutions so they reflect and can actualize these core values. This has made them a leader in their geographic market.

For most of the past 118 years, almost all products sold at Bartell Drug stores were brought in directly from suppliers. This arrangement did not allow Bartell to take advantage of the many benefits associated with supplying their stores from their own warehouse – a trend that heavyweights such as Wal-Mart have turned into almost standard industry practice.

When it came time to fundamentally change the way Bartell brought stock into their stores, they were apprehensive. Many peers’ warehouse technology installations had not been successful (an average of 50% of all implementations undertaken are not completed or not completed to the client’s satisfaction). Failure was not an option and Bartell was determined to maintain their business at optimum levels.

Bartell’s plan also called for the completion of a new state-of-the-art 161,280 square-foot complex that would stock and supply almost everything eventually sold in Bartell’s stores, including a large inventory of prescription drugs.

A consultant was retained to help Bartell management examine various warehouse management systems. Included in this review was a new entry in the market: Magstar Total Warehouse. Bartell had become very familiar with Magstar’s enterprise retail management solution, Magstar Total Retail as they had been using Total Retail since 1995. Magstar had proven they could provide excellent levels of 24/7/365 service, support and accuracy with their fully-synchronized, real-time solution. Magstar Total Retail has given Bartell a robust central data repository to handle all operating areas, including: financials, BI, accounts payable, purchasing, ordering, through to POS, merchandising and CRM, among others.

Magstar Total Warehouse’s package was attractive to Bartell because it would dovetail perfectly with the existing functionality in Total Retail. Staff training and use would be easy due to their familiarity with the interface. The project overhead usually associated with integrating two systems would be less. Finally, Magstar Total Warehouse was full featured yet would still save Bartell money when compared to other available standalone warehouse solutions.

Importantly, Magstar Total Warehouse would provide Bartell with the kind of leading-edge warehouse management solution they would need to not only ensure their high customer service levels were met, but to also help them as they expanded their operations in the future.

Bartell had many challenges to deal with that had to be met by their new warehouse solution.

Some of these were:

All of these challenges were met by the Magstar Total Warehouse system, most of which was out-of-the-box with only nominal customization and programming changes.

Overall, the Magstar Total Warehouse management solution was successfully implemented in less than a year, as scheduled. There were less than average implementation pains, and the solution has been in use for many years now.

With the ongoing success of the WMS project to-date, Bartell is now working with Magstar to add features related to tracking worker productivity. These features will be included in Magstar Total Warehouse next release in December 2008.

While much has changed for Bartell over the past 118 years, they haven’t lost the ability to deliver the quality of service and levels of customer satisfaction you’d expect from a family-owned and run business. Now, they also have access to the latest and most innovative warehouse solution to not only keep their costs down, but to also further enhance and leverage the assets of an already successful business. Magstar Total Warehouse has ensured that Bartell Drugs can continue the fine traditions of customer care and satisfaction for which they have become known for many years to come.

© 2022 Magstar, a division of Perseus Group Software Corp., a corporation incorporated under the laws of the province of Ontario