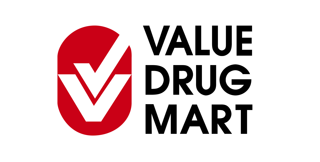 Imagine managing POS data and systems in more than 50 stores, each of which use a variety of different POS systems. You would probably have a headache just thinking about it ‐‐ and can understand the position Gary Penner, project manager for Value Drug Mart Associates, Ltd. (VDM), was in. VDM oversees the independently owned Value Drug Mart pharmacies and Apple Drug pharmacies.

All of VDM’s stores operated on discontinued, outdated POS software and hardware. Because the stores used a variety of POS applications and data formats, it was virtually impossible for the DC to have access to consolidated store sales information. Supporting the various systems was difficult, too. VDM’s IT department was overburdened with having to know about many different retail systems.

“For a while, we tried to write interfaces to all the different POS systems out there, so we could at least send the stores updated merchandise information,” says Penner. “But with so many different systems, it became an exercise in futility.” To compound matters, some of the applications and hardware models used in the stores were in the process of being discontinued.

VDM wanted to use store sales data to improve its replenishment process. The existing setup was not conducive to this because store sales information could not be easily aggregated. VDM decided to upgrade its stores’ POS systems ‐‐ starting from scratch.

“We needed communication and integration between the DC and all of the stores,” says Penner. “To do that, we needed a universal system.”   The store owners got together and decided what functions they wanted out of POS technology. VDM formed a POS committee represented by six stores that then looked for technology that met those requirements.

After viewing 21 different retail software products, VDM ended up choosing Magstar’s Total Retail solution, an enterprise retail management system. VDM integrated the new software with its existing DC system so that, once the upgrade was up and running, sales information could be used for store replenishment.

While VDM was upgrading its POS software, it decided to address the IT burden of maintaining equipment by upgrading its POS hardware, as well. The group implemented DigiPoS’ Power POS hardware, choosing the vendor for its available technical support. VDM also integrated a frame relay WAN (wide area network) for payment processing, using network routers from Cisco and Adtran.

The most difficult aspect of VDM’s POS overhaul was moving all of the disparate data at each store into the new system. “Data conversion was a nightmare,” says Penner. “Almost every store’s installation was the equivalent of a corporation performing one data conversion. Imagine doing that 30 times over a few months.” An added complication was that each store wanted slight variations in the system setup. “Because the stores are independently owned, each owner runs his or her business differently,” explained Penner.

Because VDM replaced its stores’ entire POS infrastructures, the store managers and employees faced the task of relearning how to do their jobs. For each installation, VDM met with the store’s employees and conducted a four‐day training session at the DC, educating employees on the new system. After the installation was completed, VDM held another four‐day training session, this time at the store, to apply the knowledge to the actual system.

With the POS overhaul in place, all the stores operated on a standard POS platform. VDM’s DC can see store sales data, and when stores make business and purchasing decisions, the data is already at the DC. “Now, slow‐moving merchandise can be more easily identified, and new merchandise can be introduced more quickly,” says Penner. “VDM is still experimenting with the data it can pull from the streamlined system, and it hopes its buyers can use the data to determine what inventory is carried at the DC.”

© 2023 Magstar, a division of Perseus Group Software Corp., a corporation incorporated under the laws of the province of Ontario